“I was told I had to get a Sleep Study/PSG and was given a three month certificate.  Can I get a second opinion?” 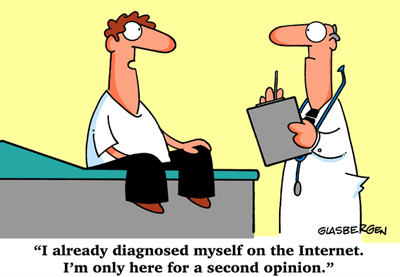 You will also want to be sure you provide the medical examiner the same information you provided the initial DOT Medical Examiner when you were recommended follow-up studies, etc., such as a sleep study.

This type of opinion requires very specific documentation and will take additional time to document.  As increased time will be required for your DOT Physical second opinion, the fee for this type of visit may likely be higher since the physician will most likely have to dedicate additional time to the examination and documentation for your DOT physical, regardless of their opinion.

What happens after I get a DOT Physical Second Opinion:  Each certifying medical examiner is required to submit their DOT Physical results to the FMCSA in Washington, DC.  According to Charles Horan, Director, Office of Carrier, Driver, and Vehicle Safety Standards at the FMCSA in Washinton, DC, when conflicting opinions arrive the FMCSA will look at both medical examiners’ reports (MER).  Then, based on the FMCSA’s review of the MERs a determination will be made.  One of the things that the FMCSA is looking for is continuity between the two reports; that is why it is so important to disclose to the medical examiner that you are seeking a DOT Physical second opinion.  If one of the reports concludes that the driver is certified for one or two years, that is the MER they go with.

As it DOT Physical second opinions pertain to sleep studies/sleep apnea, as an FMCSA Medical Examiner, we strongly recommend drivers are tested prior to legislation comes into effect.  Have the conversation with your primary care physician – it only takes a few minutes…and it may save your life (or it may not).